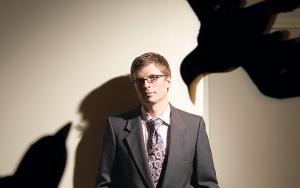 Buster Keaton, unlike many 1920s comics, did not shy away from the issue of race or the use of blackface. A number of his major films, including College (1927) and Seven Chances (1925), feature blackface. My talk will be a critical analysis of this practice in Keaton's films and the unwillingness of some scholars and historians to address it. Keaton began directing films in 1920, and his third short film, Neighbors (1920) contains an extended gag centered around blackface and racial profiling. This gag reveals a number of contradictory realities that are at the heart of American society and cinema history at the time and perhaps still today. Keaton's awareness of racial profiling, his critique of D.W. Griffith and other Hollywood filmmakers, his reliance on racist, anti-Black tropes, and his own racism are all on display in this racist anti-racial profiling gag. Film history, however, has largely ignored these moments in Keaton's films, instead elevating other Keaton productions like The General (1927) and Cops (1922). What is lost when cinema history avoids reckoning with all of a filmmaker's career?